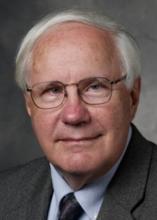 Terrence F. Blaschke, MD, is Professor of Medicine and Molecular Pharmacology (Emeritus) at Stanford University, Adjunct Professor of Bioengineering and Therapeutic Sciences at UCSF and Adjunct Professor of Medicine at Indiana University. He joined the faculty at Stanford University School of Medicine in 1974. Dr. Blaschke was a member of the AIDS Clinical Trials Group and served as chair of the Pharmacology Committee. In November 2012 Dr. Blaschke joined the Bill and Melinda Gates Foundation (BMGF) as a Senior Program Officer in the Global Health Discovery and Translational Sciences group, overseeing projects in several therapeutic areas (HIV, Enteric and Diarrheal Diseases, Tuberculosis, and others). In 2016 he became a contractor to the BMGF and continued in that role until March of 2019. Dr. Blaschke is currently a grantee of the BMGF on a research project examining the impact of variations in medication adherence on clinical outcomes. His recent clinical efforts are directed at improving patient adherence in TB and other chronic diseases. Dr. Blaschke has over 180 original publications in peer reviewed journals. He is an Associate Editor of the Annual Review of Pharmacology and Toxicology.

Conflict of Interest: Dr. Blaschke has reported having potential financial conflicts of interest within the past 12 months, or anticipated within the coming 12 months, with the following entities: Durect Corporation, Cupertino California